I was appalled to see LFG on CNN this week. Women’s teams are being paid less for literally the same work as the men’s team. Despite having a splendid success haul, U.S. Women’s National Soccer Team is still fighting for their right to equal pay against USSF. I feel the discrimination against the women’s soccer team is not just ridiculous, but it’s also regressive.

LFG is a 2021 American documentary film broadcasting the U.S. women’s national team’s ongoing fight for equal pay, as told by Megan Rapinoe, Jessica McDonald, Becky Sauerbrunn, Kelley O’Hara, Sam Mewis and others. LFG is an acronym for let’s fuc** go. These types of moral and legal battles are exhausting, and one can feel demotivated easily, but I salute these women for taking a firm stand for so many years.

The women’s team has won several world cups, Olympic gold medals, and yet they are not given a basic right to acquire equal pay as their counterparts. I was surprised to see that the women’s team generates more money for USSF than the men’s team, but they are still denied a fair plea. In this time when marginalization of female professionals is highly opposed, such an incident is a reminder of a deep-rooted mindset.

The USSF, in their lawsuit, has claimed that the men’s team requires a higher level of skill, strength, and speed. It’s beyond my understanding; how’s it possible? The same game, competition, and level, the women still don’t deserve the same compensation. It’s a backward idea that is blatantly defended in the court. However, I want to add my voice to this larger cry for justice. The women’s soccer team should be given their due, equal pay.

The federal judge, in 2020, ruled in favour of USSF, but major players like Rapinoe are fighting viciously to acclaim their rights. She said, “Obviously, the point that I feel like the judge missed was that we never had the opportunity to agree to the same deal.”

In a nutshell, it’s yet another disturbing incident contributing to the constant pressing of women’s voices on a global scale. I sincerely hope a productive result comes out of this protracted battle. 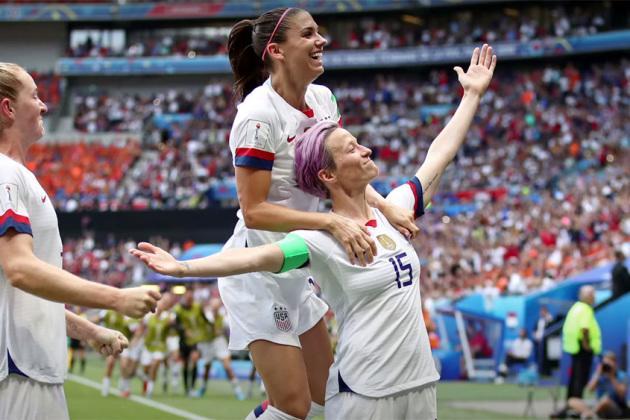